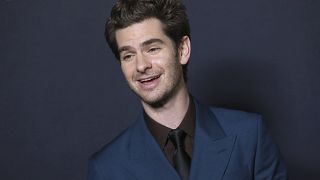 Andrew Garfield has spoken of how he repeatedly denied rumours he was set to return to the comic book world alongside Tobey Maguire and Tom Holland in 'Spider-Man: No Way Home'.

The 38-year-old actor admitted it was "fun" keeping his appearance a secret, comparing the experience to organising a surprise party for someone.

He laughed: "I lied to people for a good two years and it felt great.

"My dad and my brother [knew] and my [late] mother at the time. Just kind of us. It was fun to keep it secret because you know when you're planning a surprise birthday party for someone? And they're like, 'I hate surprises. Tell me, is the party happening?' So it felt like I was part of organising a surprise birthday party for a bunch of people who I knew would appreciate it."

Andrew is tipped for an Oscar nomination for his performance in 'Tick, Tick... BOOM!' and he admitted he has been "very deeply moved" by the reaction to the biopic, in which he plays late playwright Jonathan Larson.

Speaking in a preview clip from his upcoming appearance on 'The Ellen DeGeneres Show', he said: "I'm just very deeply moved and kind of touched that I get to be a part of this film and to have it received in this way.

"It's good to be alive. It feels great."

Earlier this month, Andrew scooped the Golden Globe for Best Performance By An Actor in a Motion Picture - Musical or Comedy for his work on the film and he revealed he received the news in a text while on the phone to the movie's director, Lin-Manuel Miranda, and it took a while for the news to sink in for them both.

He recalled: 'I said, 'Lin, I won the Golden Globe.' And he said, 'Oh that's great buddy. Let me tell you about my vacation.'

"But 24 hours later, I sent him a voice note kind of semi-sobbing."