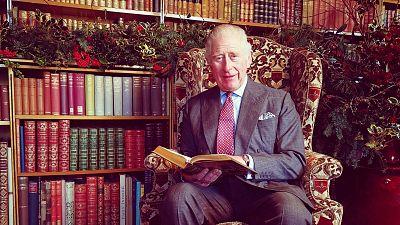 An exhibition by the Prince's Foundation at the Garrison Chapel in London is showcasing 79 of Prince Charles' watercolours - the largest-ever display of his work to date.

Prince Charles, the eldest son and heir of Queen Elizabeth II, started painting in the 1970s, and he has said it transports him "to another dimension."

His atmospheric paintings depict landscapes from places he has visited throughout his travels, from the Scottish Highlands and Wales, to Provence in the south of France and Tanzania in east Africa.

A royal passion for art

"He loves to be outside in the environment, and he talks a lot about how photography doesn't quite have the same effect as painting because he likes to capture the essence of places," she added.

However, displayed in text at the exhibition, the Prince admitted that he is "appalled by how bad" his early works were.

Also on display at the gallery is a tapestry based on one of the prince's paintings, "Abandoned Cottage on the Isle of Stroma," by Ben Hymers.

The free-to-enter exhibition is on show in London until mid-February.

Check out the video above for a glimpse inside the exhibition

Sex scenes at the Acropolis? I beg your Parthenon?

The most striking photos of 2021 and the stories behind them