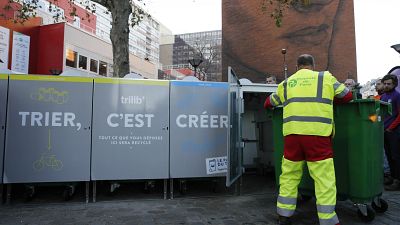 The people of our continent's history were noted to have had sub-par hygiene standards - any literature on Medieval England or the Great Stink of Paris will tell you that.

Smells still linger from problems past, and new issues arise like great tourist-encumbered Trojan horses. Navigating Europe can be a real assault on your senses, and not in a good way.

Modern living has helped, somewhat. Our continent's cities attempt to make strides on the fragrance frontier that make these places much more pleasant for our noses. But there are still certain places you'll find the odd stench.

We've had a look at the places in Europe with a history of bad smells, and how they came to be plagued with their unique scent afflictions.

Barcelona's reputation as one of Europe's hubs for food and entertainment make it an excellent place for wide-eyed travellers to explore, there is no doubting that.

Those that stick around for longer than a holiday, however, end up having to deal with a number of rough aromas. Factories left over from the city's period as an industrial hub continue to generate all manner of offensive odours.

When the European Commission teamed up with 8 countries to pilot a €3 million app that would allow residents to flag up odour pollution, Spain chose Poblenou, a newly gentrified district in the northeast of Barcelona, as their case study.

Other reported scents cover a spectrum that ranges from sewage to marijuana.

Ginkgo trees are a stunning addition to a number of Europe's parks and streets.

Originally found in China hundreds of millions of years ago, their plumes of canary yellow leaves are easy to spot from a mile off. Come autumn, they're an easy way of making other greenery look a lot nicer.

The trees' detriment isn't glaringly obvious until you take a closer look. Female Ginkgo trees, or 'Golden Girls' are they are sometimes named, are some of the smelliest around.

When they shed their leaves and berries, they produce a stench often compared to rotting eggs, or vomit.

The Croatian town of Daruvar just so happens to have a fair amount. Luckily, their oldest, the award winning Adam, is a 243-year-old male.

4. Paris, France - the stinking sewers next to the Seine

Some healthy conclusion-jumping would have you believe that Euronews Culture is leaning on some old, tired stereotypes here.

Paris in itself is not the problem. The city offers an abundance of places to pique your nasal cavity's interests: bakeries, wineries, perfumeries.

But that doesn't quash those rumours. National Geographic even did an investigation on how Paris plans to quash "that pee smell". A small price to pay for being one of the most culturally-rich cities on the continent.

Some parts of the city have been making money off the stench for over a century - the city cordoned off part of its sewer system in 1889 to offer tours.

Described as "foul smelling but interesting", a quick walk down the dark passages of the Musée des Égouts will have you running back to your nearest boulangerie.

Your enjoyment of the scents wafting around the air of Vila Nova de Gaia will depend entirely on your taste for alcohol.

The city is well-known for its "caves" - cellars upon cellars of cavernous space where the region's port wine is aged. It's made 120km away, in the Douro Valley, before being transported down the river.

Some people venture across the bridge from Porto to get a whiff, others couldn't hate it more. Residents describe the atmosphere as strong, but sweet. Those with a distate should steer clear.

Edinburgh has a history of battling with poor smells. Lovingly nicknamed "Auld Reekie" by longtime lovers of the city's past, its problems have ranged from the disposal of dead bodies in the 17th century to smog.

This generation's problem? The potent whiff of alcohol from its breweries. It's rare that somewhere as cold as Scotland would find kinship with the Portuguese coast, but here we are.

Weirdly, you can't purchase actual alcohol from any in the city stores after 10pm.

In 2009, locals were bewildered at proposals asking the North British Distillery to install an "odour control tower". It seems they quite like it the yeasty, malty balm.

Venice's canals are a distinctive feature of the "sinking city" that it simply wouldn't gel without. A trip to the City of Water isn't complete without a waterside dinner.

Sadly, they also act as the city's sewage system, much to the dismay of tourists on a hot summer day. The heat induces all sorts of fragrances to emerge from the water and there's a high chance it makes it to land.

St Mark's Square is known to swamp itself several times a year, spreading the human waste.

Residents argue that is getting better as time passes - the movement of the water aids it from becoming stagnant, and it's really only noticeable during low tides and warm weather.

At its best, it's just salty.