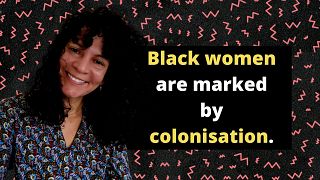 In order to understand feminism, as well as toxic masculinity types, one must understand what patriarchy is.

Patriarchy is a political, economic, and cultural ideological system based on the power and domination of men over women through the belief that the former possess greater intellectual, biological and material superiority. It sees a woman as man's other, in Simone de Beauvoir's words, a definition that legitimizes men reading the world.

Feminism was born out of women's response to this system, questioning the roles of both sexes in the male-imposed social order. Each society has built its rules about what it means to be a man and what it means to be a woman, forcing each gender to fit into the patterns of domination and submission, through values, tradition, violence, and also beauty stereotypes.

Western men have come to the degree of diving women and classifying them to better dominate them. White bourgeois women are seen as more feminine, evolved, delicate, the muses, and the ideal standard of beauty. This happened during the process of colonisation and enslavement. When Europeans transported and put their values and cultures on the rest of the world, imposing ways of thinking, acting, and relating.

This shift from the medieval period to bourgeois capitalism following colonisation provoked a transformation in the role of women in society. White bourgeois women were locked up in their homes, seen as wives and mothers who should devote themselves to their husbands and children, renouncing public space and collective decisions, gaining, in compensation, the title of "queen of the home".

In France, for example, it was not until 1965, under article 223 of the civil code, that women could work outside without having to ask their husband's permission.

While the patriarchy set gender roles for the white bourgeois women in the private sphere, with the excuse that they should be protected, non-white, black, and indigenous women did not have the same rules imposed on them.

They were on the same level as non-white men, forced to work in mines and plantations and to give birth to children for the slave trade. Therefore, saying that all women are oppressed in the same way by the patriarchy is a very big misconception.

The condition of black women was deeply marked by slavery and colonisation, oppressed as subjects at the bottom of the social hierarchy, on the margin, as the African-American writer Bell Hooks says.

Even today, black women in films, adverts, politics, and science are relegated to the role of servants, related to stereotypes such as promiscuous, vulgar, dependent on state welfare, slaves, hypersexualised, less evolved, angry, or caretakers of white families.

As the writer Gadra Kilomba says, the black woman is the other of the other, that is, the white woman.

Fabiane Albuquerque is a PhD in sociology, Black Feminist activist and scholar of studies on whiteness and decolonisation.

Critical reflections on the everyday processes of ‘becoming a man’