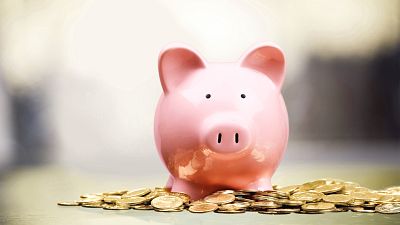 The ultimate step in training your brain is to realize how the security of a financial cushion can actually benefit your mental health.   -   Copyright  artisteer Getty Images/iStockphoto
By Vivian Manning-Schaffel  with NBC News Better  •  Updated: 22/03/2019

As the chasm between the one percent and the working masses widens, the ability to save money is proving more and more elusive for Americans.

As we reported during January's government shutdown, so many of us are living paycheck-to-paycheck (and its stresses) and, according to a survey by Bankrate.com, only 40 percent of U.S. adults feel able to pay an unexpected expense of $1,000 or more. And, according to that same survey, 15 percent of respondents said they would put that expense on a credit card. Considering the average card annual percentage rate, or APR, is hovering at a record high of over 17 percent, it can take quite a while to dig out from under and start saving again.

"I see people getting into cycles where they're in debt and they get a tax return, they don't save any of it, then incur more debt," says Dr. Moira Somers, clinical neuropsychologist, professor, executive coach and author of "Advice That Sticks: How to Give Financial Advice That People Will Follow," based in Winnipeg, Canada.

Aside from high interest rates, credit cards can be dangerous for those looking to save money because a little too easy to forget how much we owe until the bill comes in. "Paying with credit cards isn't even perceived by our brain as spending," explains Somers. "There's an area of the brain associated with pleasure and anticipation, and an area associated by disgust and pain. When you put people in brain imaging scanners, and they go through scenarios imagining they are making a purchase and paying with cash and credit, both areas light up when they paid with cash. But when they paid with credit cards, only the pleasure area lit up. That's why casinos move us away from anything that looks like money. You used to feed tokens and nickels into slot machines. Now people just put it on a thing that looks like a credit card because it doesn't feel like money," she said.

Colin F. Camerer, Robert Kirby Professor of Behavioral Economics at Caltech and director of the T&C Chen Center for Social and Decision Neuroscience says people don't "intuitively compute" how fast credit card interest can multiply. "There's still a lot of temptation to spend compared to the temptation to save," he explains.

It's no wonder one very recent study showed love to be analogous to money in the human brain. After comparing how the brain works when facing incentives for goal-directed behaviors, researchers found "the common involvement of brain regions in both social and material reward anticipation." In other words, neuroscientifically, the same brain circuitry in that makes us feel positive and motivated reacts in the same way to money as it does to love.

Conversely, we might jokingly call unforeseen expenses 'a pain in the wallet,' but neuroscience says there's some truth to that sentiment. As it turns out, a study similar to what Somers referred to found the same brain circuitry to activate when we anticipate financial loss as it does when we experience pain.

Make These Shifts to Save More Money

So, if it's true that some of us may equate money with love and deny that credit is actually cash, how can we retrain our brains to save money instead of succumb to the urge to rush out and spend it? Here's what the experts had to say: