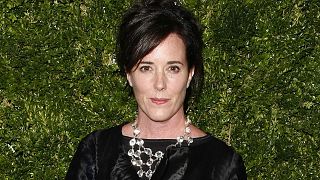 Kate Spade's "heartbroken" father, Earl F. Brosnahan, Jr., has passed away — just two weeks after the death of the late fashion designerand one day before her funeral.

Brosnahan, Jr., whom the family called "Frank," died Wednesday, according to a statement the Brosnahan family shared with NBC News. He was 89.

"We are deeply saddened to announce that Katy's father, Earl F. Brosnahan, Jr. (Frank), passed away last night at age 89. He had been in failing health of late and was heartbroken over the recent death of his beloved daughter. He was at home and surrounded by family at the time of his passing," the statement read.

It went on to say Brosnahan Jr. was "especially proud of his wife, children and grandchildren."

A lifelong resident of Kansas City, Missouri, Brosnahan, Jr. served in the U.S. Navy before graduating from the University of Miami in 1949. He returned to Kansas City to work in in the family construction business. He and his first wife, June Therese Mullen, were married in 1953 and had six children, including Kate, before divorcing in 1972.

He later married his second wife, Sandy, who was by his side when he died.

On June 5, Kate Spade died by suicide in her Park Avenue apartment at age 55.

A funeral was held for the celebrated handbag designer on Thursday at Our Lady of Perpetual Help Redemptorist Church in Kansas City.

Brosnahan Jr. had told the Kansas City Star his daughter's funeral would take place in the same church where her grandparents were married.

"I imagine there will be a crowd," he said.

This story references suicide. If you or someone you know is in crisis, call the U.S. National Suicide Prevention Lifelineat 800-273-8255, text TALK to 741741 or visit SpeakingOfSuicide.com/resources for additional resources.