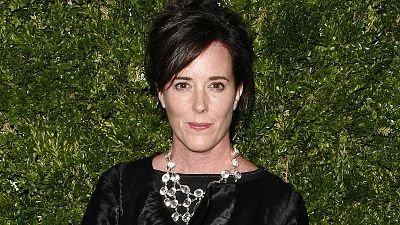 While designer Kate Spade's death by apparent suicide at 55 came as a shock, it also highlights a worrisome trend in the United States: Women are dying by suicide at an increased rate.

"It is unfortunately true," Dr. Christine Moutier, chief medical officer of the American Foundation for Suicide Prevention, told TODAY. "You are going to be hard pressed to not find a group from 1999 to 2016 without increased suicide rates."

Since 1999 suicide rates in the United States have increased 24 percent overall and the number of middle-aged women dying by suicide is also rising. The suicide rate for non-Hispanic white females, ages 45-64, was 80 percent higher in 2014 than 1999, three to four times higher than for women in other racial and ethnic groups, according to theCenters for Disease Control and Prevention.

The American Association of Suicidology said in a statement that 28 women die by suicide every day in the United States, with more than 10,200 dying by suicide each year, citing CDC statistics.

"There are probably some biological or socialization differences that set women up for a greater risk," said Moutier.

Regardless of demographic, people with multiple risk factors are more like to die by suicide. The factors include:

"Depression is more highly prevalent to women to men by almost a 2 to 1 ratio," said Moutier. "Major depressive disorder is the leading mental health risk factor for death by suicide and that is because depression leads to suicidal thought."

And, Moutier estimates that as many as 25 percent of women with mood disorders face increased sensitivity because of changes in their physical health, such as fluctuation in hormones or thyroid function.

"That will trigger or exacerbate their symptoms," Moutier said.

Warning signs for suicide include:

Moutier said it is important that people do not normalize such feelings by thinking they are just part of life.

"We write off too much," she said.

That's why people should seek help if they experience any symptoms.

"There is stigma attached to seeking mental health treatment," Dr. Holly Swartz, a professor of psychiatry at the University of Pittsburgh, told TODAY. "(But) it is a medical illness and it requires medical treatment."

The experts agree that talking to a person who is experiencing suicidal thoughts and listening to them without judgment can help that person.

"It can be reassuring to talk about one's thoughts and fears about suicide," Swartz said. "If you are really worried that someone has thoughts and intentions recommend they talk to their doctor and look at what might help them get treatment."

If you or someone you know is at risk of committing suicide please call the U.S. National Suicide Prevention Lifelineat 800-273-8255 or text TALK to 741741.