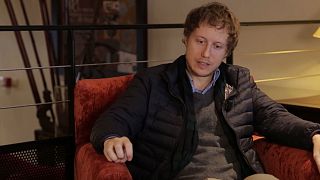 The young Hungarian film-maker shot to international fame in 2015 when his debut feature picked up the runner-up Grand Prix at the Cannes Film Festival. It went on to win an Oscar for Best Foreign Language Film the following year.

Widely seen as a landmark film, ‘Son of Saul’ portrays the desperate attempt of a member of the Sonderkommando, the concentration camp inmates who were forced to help the Nazis with the disposal of gas chamber victims, to bury the body of a child he believes is his son.

Gemma Arterton opens up about her new film ‘The Escape’