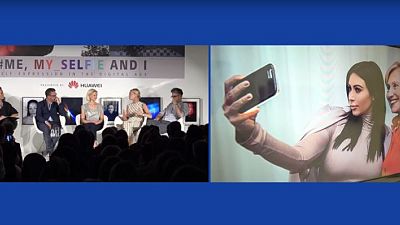 Saatchi Gallery and Huawei have joined forces to seek answers to the question of how the cultural phenomenon known as the “selfie” has impacted the world.

Watch the best moments of the discussion, in which cultural critics, social media experts, a photographer, and journalists share their points of view on the role of selfies, and whether or not they can even be considered an art form.

3 facts about selfies you probably did not know:

“When you take a selfie, you raise a question, you send a message,” says Alex Lambrechts, a photographer who believes that the next stage of the selfies will be driven by art. Will Storr, award-winning journalist and novelist has a lot to say about art, especially about the difference between Van Gogh’s motivation when he portrayed himself as early as in the 19th century and Kim Kardashian’s motivation when it comes to taking photos of herself. And if you have not heard about the terminology of belfie, maybe this is the right place and time.

“Drop the mirror, it is Instagram world”. Take a look into the “wonderland with fake images”, where people are haunted by the strong contradiction between wanting to be a perfectionist and suffering from it. This is the battle of the ‘average’ and the ‘perfect’ and you’ll be surprised by who seems to be winning.

Watch and find out how social media brings up ancient instincts, and whether the technology makes us addicted to it or if the technology itself only exposes who we are already? Did you know that one single selfie can be empowering and exploitive at the same time? And why is that Asian people apparently take more group selfies?

The speakers of the panel: