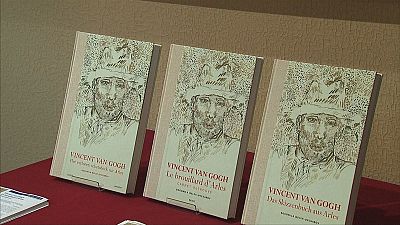 <p><a href="http://www.telegraph.co.uk/news/2016/11/15/expert-claims-to-discover-65-lost-van-gogh-sketches-sparking-art/">An extraordinary row has broken out</a> over a new book that claims to contain previously unpublished drawings by Dutch master Vincent Van Gogh.</p> <p>‘The Lost Arles Sketchbook’, collated by Canadian art historian Bogomila Welsh-Ovcharov, shows drawings reportedly found in the southern French city of Arles near a hotel where Van Gogh used to stay.</p> <p>But experts at Amsterdam’s Van Gogh Museum, which holds the largest collection of drawings by the artist, disagreed after analysing high-quality photographs of the works – as well as some original drawings. </p> <p>“We looked at the drawings a couple of years ago. The owner showed us photos of the drawings and we came to the conclusion that they could not be attributed to van Gogh,” said the museum’s director, Axel Rüger. </p> <p>Asked whether their verdict relied on photos alone, he added: “Based on high quality pictures, that is very common. And later, we also saw around thirty of the original drawings.”</p> <p>At a press conference where she unveiled her new book showcasing the sketches, Welsh-Ovcharov, who has curated several important Van Gogh exhibitions, stood by her claims. </p> <p>“When I know something is a Van Gogh, I know it’s a Van Gogh. And when a museum tells me, and when a museum tells me that they have the priority and have, in some ways, a conflicting interest, and a vested interest, I think we’re opening up a real can of worms of where the authority lies in connoisseurship,” she said. </p> <p>Welsh-Ovcharov and French publishers Seuil say the sketches are from the post-impressionist painter’s move to Arles in the south of France in the summer of 1888: She recalls her initial shock at seeing the first page – a drawing of cypresses: “I looked at it, and I said – and excuse me for saying – it was an ‘O.M.G.’ moment, ‘Oh my God!’. I saw all the things that Van Gogh stands for in terms of reed-pen brushwork, graphite underground work, the whole possible elements.”</p> <p>If genuine, the drawings would <a href="https://www.theguardian.com/artanddesign/2016/nov/15/newly-discovered-van-gogh-drawings-labelled-imitations-museum">shine light on some of Van Gogh’s most famous paintings</a> such as the Yellow House, the Night Cafe and the Starry Night, and would provide fascinating insights into his summer of 1888, a largely happy time for the artist who suffered with so many demons. By the end of 1888 his mental state had deteriorated. </p> <p>Vincent Van Gogh killed himself in 1890.</p>