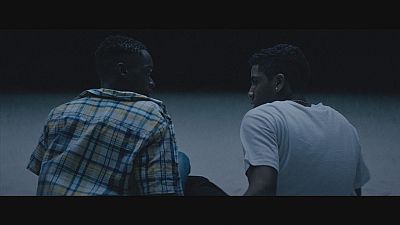 <p>‘Moonlight’ is a film which chronicles the life and times of a black gay dancer as he struggles to adulthood with a crack addicted mother in a socially deprived area of Miami. </p> <blockquote class="twitter-tweet"tw-align-center data-lang="en-gb"><p lang="en" dir="ltr">We've seen Moonlight, and now you can, too. Check out the link for access to <a href="https://twitter.com/hashtag/Moonlight?src=hash">#Moonlight</a> screenings in your city. <a href="https://t.co/2uZQfhqhF4">https://t.co/2uZQfhqhF4</a> <a href="https://t.co/lyAau0g9zg">pic.twitter.com/lyAau0g9zg</a></p>— ColorOfChange.org (@ColorOfChange) <a href="https://twitter.com/ColorOfChange/status/792070278243241985">28 October 2016</a></blockquote> <script async src="//platform.twitter.com/widgets.js" charset="utf-8"></script> <p>Barry Jenkins, a director best known for his film ‘Medicine for Melancholy,’ says his latest film gives a voice to the voiceless: ‘‘You know there are a lot of people in America who feel disenfranchised, who feel voiceless and I think our story, for it’s specificity of character and place, is giving voice to a world and a certain kind of person that normally is unheard, is unheard from, that literally is invisible.”</p> <blockquote class="twitter-tweet"tw-align-center data-lang="en-gb"><p lang="en" dir="ltr"><a href="https://twitter.com/hashtag/MOONLIGHT?src=hash">#MOONLIGHT</a> will fill your heart and open your eyes. The story of a lifetime expands to select cities Friday. Nationwide 11/4. <a href="https://t.co/qYS2bcmgAg">pic.twitter.com/qYS2bcmgAg</a></p>— <span class="caps">MOONLIGHT</span> Movie (@moonlightmov) <a href="https://twitter.com/moonlightmov/status/791278230728605698">26 October 2016</a></blockquote> <script async src="//platform.twitter.com/widgets.js" charset="utf-8"></script> <p>The movie has earned international accolades and good box office, the drug addicted mother is played by British actress Naomie Harris:” So I think maybe we have to have smaller budgets because then people can do the passion projects, because that’s easier to get those kind of films off the ground and we also need to see films like this succeed, the better that ‘Moonlight’ does – it shows film producers and so on that these kind of films do have an audience and people are hungry for them and will turn out at the cinema to see them.’‘ </p> <p>The singer, songwriter and model Janelle Monáe takes on the role of the crack dealers girlfriend, she was entranced by the screenplay:“When I read his script though, it was something unique and just fresh and different and raw and truthful about his writing, the way he nuanced characters and has us on paper as complete human beings, full human beings. Not one dimensional, not monolithic. But complex, full human beings.”</p> <p>There is a Oscar buzz surrounding ‘Moonlight,’ which is out now in the States and comes to European picture houses in February.</p>