To escape the polluted air of Tehran the family decides to move out of the capital and relocate in the country. 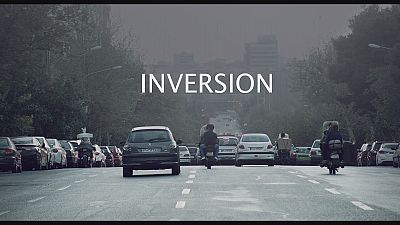 Iran presented two films at Cannes this year ‘The Salesman’ by Asghar Farhardi in competition for the Palme d’Or and ‘Inversion’ by
Behnam Behzadi in Un Certain Regard.
It is the story of Nilofar a woman who lives alone with her mother.

Euronews caught up with the directer and he spoke of the film’s main character: ‘‘It’s difficult to answer, just where the character comes from, how she was created in my mind. She is characterised by great generosity, flexibility and tolerance towards everyone, she is forgiving and gives as much of herself as she can. Ultimately this generosity becomes to be seen as a weakness that others begin to abuse, which causes harm. So she decides to make changes.
I’m unsure if it’s a complete and comprehensive picture of Tehran, but anyway
my concern is to make a film as close as possible to daily life, real life and there is life in it, it comes from my training as a documentary filmmaker.”

The film will be out in France at the end of the year and more distribution deals are being done at Cannes.
Cinema