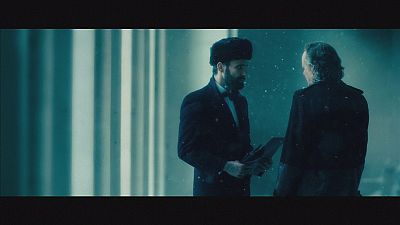 <p>Adapted from John le Carre’s novel of the same name, ‘Our Kind of Traitor’ follows a British couple who get embroiled with a Russian oligarch and high-profile money launderer while on holiday in Marrakech. </p> <p>Director Susanna White has assembled a strong cast, drawn by the allure of the author’s name and the fact that he often adapts well; television and film bring life to Le Carre’s conventional prose style. </p> <p>White said she was very excited to get the chance to work on one of his novels.</p> <p>“I’ve been a big fan of John le Carre going right back to ‘The Spy who Came in from the Cold’ with Richard Burton, or the original ‘Tinker Taylor Soldier Spy’ which I grew up on. So, it was a real thrill to be given the opportunity to make this movie.”</p> <p>Damian Lewis, who is a favourite to become the next James Bond, plays MI6 agent Hector in the film. The actor, who is a TV series, (Homeland, Billions, Wolf Hall), favourite, says it was the plot that persuaded him to take the role. </p> <p>“It’s always been about script, it’s always been about directors and people you work with. Storytelling, whether it’s in film, TV, theatre or radio for that matter – the pull is the same. It’s the story,” he insists.</p> <p>‘Our Kind of Traitor’ is full of twists and turns, stunning locations both in Marrakesh and in Europe, and is out now.</p>