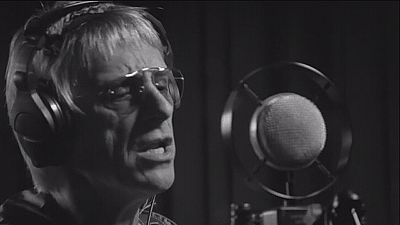 <p>Paul Weller has ditched the acoustic guitars for his latest album ‘Saturns Pattern’. </p> <p>It’s the 12th studio album by the legendary British musician, best known as the frontman of iconic rock band The Jam.</p> <p>He says the recording process began in earnest when he headed into the studio, ditching a batch of pre-written tracks on the way: “I knew what I didn’t want to make but I didn’t know what we should be making. </p> <p>“I just wanted to hear something fresh, something new and I had no idea what that would be. So, you know, like most albums really, once you get two, three, four songs under your belt, it starts to take a life of its own and it seems to take a form and then it’s up-and-running, you know.” </p> <p>With the help of bandmates Steve Cradock and Andy Lewis, and members of psychedelic jazz band Syd Arthur, Weller found the sound he was looking for: “I didn’t want to have an album of more traditional arrangements and acoustic guitars which these other six or seven songs I’d written beforehand were like – good songs but I didn’t want to make an album like that, of acoustic songs,” Weller explains. </p> <p>“I suppose the main thing is that there’s good songs on it, you know. There’s good melodies and a good song is a good song, you know. But just the setting around the good song could be whatever we wanted it to be really and we were having fun experimenting with it.” </p> <p>Paul Weller’s <a href="http://www.stereoboard.com/paul-weller-tickets">world tour</a> kicks off in early June in North America, before a string of summer gigs across Europe including at the Glastonbury festival, in London, Madrid and Rome.</p> <p>His latest album, <a href="http://www.stereoboard.com/paul-weller-tickets">‘Saturns Pattern’</a>, is out now.</p>