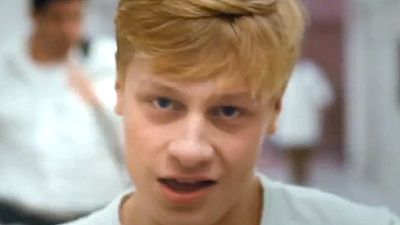 <p>Among the best films of 2014 are some great European and independent productions. Most of them are candidates for the best foreign picture Oscar. Out of 84 movies proposed, five nominees will be announced in January. Let’s check out some of the favourites.</p> <p>Belgium has elected, once again, to go with the latest from directing brothers Luc and Jean-Pierre Dardenne. ‘Two days, one night’ stars Marion Cotillard as Sandra, who is recovering from depression and told she is going to be fired from the factory where she works. Her only hope is to convince her co-workers to give up their bonuses so she can keep her job. She has one week-end to convince every one of them. In addition to the foreign-language category, some pundits are betting on a Best Actress nomination for Cotillard’s searing performance. </p> <p>Andrei Zvyagintsev’s controversial Cannes award-winner ‘Leviathan’ is Russia’s s submission for the Best Foreign Language Academy Award. Partly funded by the Russian ministry of culture, the movie has astonished audiences in its unabashed attack on the mendacity and corruption of Russia’s governing elite. While the director has denied his intention was to confront power, he has been told chances of obtaining future funding from the same source are limited.</p> <p>After winning Best Screenplay in Cannes, ‘Leviathan’ went on to pick up Best Film at the London Film Festival Awards. </p> <p>Turkish director Nuri Bilge Ceylan’s Palme d’Or winner ‘Winter Sleep’ has been selected to represent Turkey in the Best Foreign Language category. An epic drama inspired by Anton Chekhov, the film tells the story of a former actor-turned-newspaper columnist running a mountaintop hotel, and his troubled relationship with his much younger wife.</p> <p>It’s the third time Ceylan has been nominated in the foreign language category – and maybe this could be the film that finally earns him an Oscar. </p> <p>Poland’s nomination, Pawel Pawlikowski’s ‘Ida’ is a stark black-and-white drama set in 1960’s Poland about an 18-year old orphan who is about to become a nun. Before taking her vows, she goes on a trip to find out about her past. </p> <p>The movie picked up the Best Film prize at this year’s European Film Awards, and if that is anything to go by, ‘Ida’ stands a good chance to win an Oscar. For the past two years, the winner of the European Film Awards’ top accolade had gone on to bag the Academy Award for Best Foreign Language film. </p> <p>And it came as no surprise that Canada opted to submit ‘Mommy’, for which 25-year-old prodigy Xavier Dolan shared Cannes’ Jury Prize with Jean-Luc Godard. The film follows the relationship between a troubled teenager, his widowed mother and a shy neighbor who takes an interest in them.</p> <p>Typically bold and extravagant, this sytlish melodrama is the 25-year old director’s fifth feature film and has won him critical acclaim on the film festival circuit. </p> <p>Euronews will be following the Oscar nominations with you. Until then, please send us your favourite films for 2014 on Facebook.</p>