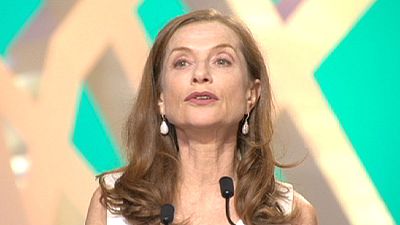 <p>The <a href="http://variety.com/2014/film/news/corrections-class-chrieg-top-marrakech-fest-1201378836/" rel="external">14th Marrakech Film Festival has come to a close</a>, with a Golden Star for Ivan Tverdovsky’s ‘Corrections Class’, a drama about a group of disabled teenagers in a Russian high school. </p> <p>Director Ivan Tverdovsky couldn’t be there to pick up the award but thanked the jury through a video message: “I am deeply sorry I could not be with you tonight because I am shooting my new film in Moscow, I am so sorry. I am deeply honored by the invitation and award.”</p> <p>‘Chrieg’ by Swiss director Simon Jaquemet picked up two awards, the Jury Prize and Best Actor for young Benjamin Lutzke. </p> <p>It tells the story of a teenager who gets sent to an Alpine farmhouse in the middle of nowhere as a punishment for bad behaviour, and falls in with three teen outcasts, whose idea of a good night out involves stealing a car and setting light to a disco floor. </p> <p>“I wanted to do something about teenage violence together with this image, this legend of this farm, it came together like this,” said Simon Jaquemet. “I am normally a nice person, but during the shoot I became sometimes very nasty, also with my crew,” he admitted.</p> <p>“I still can’t believe it so I am still shaking,” Lutzke told euronews. “I have never won anything before, it is my first film. So I am so excited.”</p> <p>Best Director went to Aditya Vikram Sengupta for ‘Labor of Love’. Set in Calcutta, the film portrays the lyrical unfolding of two lives trapped in a biting recession. Caught in a spiral of work and domestic routine, the couple share a dream that visits them, briefly, every morning.</p> <p>Picking up the award for Best Director on behalf of his brother, Shetty Sengupta thanked the jury: “I am just so upset Aditya isn’t here, but I am here, which is the next best thing, we were made of the same ingredients. And I really think it is a great time for Indian cinema and I am glad to be a contributor in some way,” he said. </p> <p>Best Actress went to France’s Clotilde Hesme for her role in ‘The Last Hammer Blow’. Alix Delaporte’s second feature film, it observes a trailer-park teen as he faces his mother’s declining state of health, and discovers his estranged father. </p> <p>“Before Alix Delaporte, no director has ever expressed such trust in me and generosity towards me. She really had absolute trust in me and I felt we were making a great film,” said Clotilde Hesme. </p> <p>A 14th edition whose line-up shows that the Marrakech International Film Festival has matured into a full-fledged festival showcasing world-class cinema.</p>