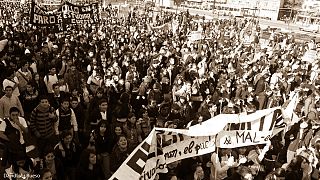 Since September 27, Hong Kong has been witnessing one of the biggest protests in its history and the leader of this “Umbrella Revolution” is not a woman or man in his or her fifties. The person who has played a central role is 17-year-old teenager Joshua Wong, who isn’t even old enough to vote. Wong began his protesting career at just 13, while demonstrating against plans to build a high-speed rail link between Hong Kong and the mainland. At 14 Wong co-founded the student-run pro-democracy movement Scholarism, which is one of the main campaign groups involved in the Hong Kong protests, along with Occupy Central with Love and Peace and the Federation of Hong Kong Students.

The reason for this small biography is to point out the power of young people in the new era of social protests. I want to analyse why it is so often that students are at the forefront of these campaigns.

One of the main reasons cited is the changing demands that young people have of their governments, combined with their ability to connect with their fellow students – and other citizens – using mainly social media to expose their voices to the world. As we all know, the latest Hong Kong protest or “Occupy Central” movement is about more than an election. College and university students went on strike last Monday to protest Beijing’s decision to not allow open nominations for candidates for the 2017 elections. In my opinion, democracy goes beyond elections and many young people all over the world today are thinking the same thing.

Last year, Turkey witnessed one of its biggest ever demonstrations, the Gezi Park protests, which turned into nationwide anti-government rallies after a crackdown on a sit-in against a controversial city centre renovation plan. The Gezi Park Report conducted by KONDA tells us a lot about the role of Generation Y during the protests. According to the survey, the average age at Gezi Park was 28, with 31 percent of the protesters between the ages of 21 and 25 and 20 percent between the ages of 26 and 30.

And what about ‘Occupy Wall Street’ in New York City’s financial district in September 2011? According to a survey by the website occupywallst.org, in the early days of the protests the demonstrators were mostly young people because they were organised primarily through social networks. As the protests grew, others also became involved but it was young people that got the ball rolling.

These are just a few examples of when students have taken the lead. It is undeniable that young people have had an important impact on protests over the last decade. If the new generation are the ones who are at the forefront, then it means that they are dissatisfied with the current order. When we consider all the protests in the last decade all over the world, “freedom” is one of the most common demands. They feel that protest is the only realistic way to bring about change.

One particular success story came after the mass protests all over Turkey in 2013. In court, with a majority of votes, the decision was made to call off construction plans for Beyoğlu and the controversial Taksim development. The protests clearly had had an effect.

Another student protest accomplishment came during the 2012 student protests in Quebec, where students battled a rise in university tuition. As a result of the widespread strikes and student demonstrations, the government halted any tuition increases in line with a campaign promise.

However, in the same year UK protesters were not so lucky. Approximately 10,000 students took to the streets of London to protest against tuition fees and youth unemployment but in the end the government made no changes to their policies and university fees trebled.

Sometimes the outcome is less obvious, like during the Chilean student protests of 2011 when people demanded a new framework for education in the country, including a replacement of the public education system managed by the state. Although student protestors in Chile did not achieve all their objectives, they contributed to a dramatic fall in former Chilean President Sebastián Piñera’s approval rating.

I think that while young protesters cannot always achieve what they demand, it gives them more courage to increase the number and scale of their protests in the future. Generation Y is a population which opposes inequality and oppression and we are not afraid to stand up for what we believe in. As a young person who has been involved in a few protests before, I believe that the conflicts between decision makers and young people will continue to result in demonstrations unless our voices our heard.

Also to read from Nazli Avsaroglu:

The meaning of journalism in the 21st century 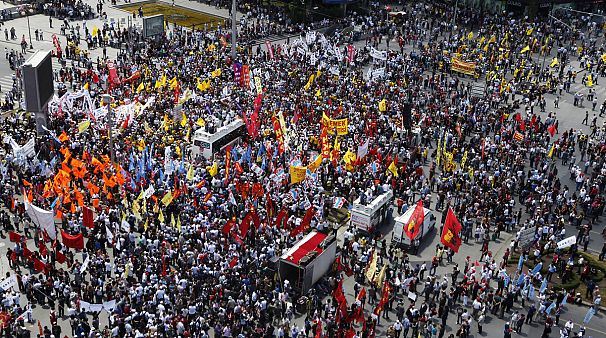