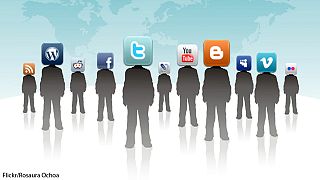 It is important – undeniably – to have some separation between your personal and professional life, if only to maintain a certain level of sanity.

Physical space often differentiates a professional setting from a casual one. But when it comes to social media and our lives online, space is less clearly defined. It can get more complicated to tell where to draw the line.

Forty-three percent of employers use social networking sites to research job candidates, according to a recent online survey conducted by CareerBuilder.com of over 2,000 hiring managers and over 3,000 employees.

The survey said that employers used social media to get a feel for a candidate’s personality, see how professionally candidates conduct themselves online and check for other information. It found that 51 percent of employers who research job candidates on social media have found content that caused them not to hire the candidate.

This means that our personal accounts on social media can have real effects in our professional lives.

Granted, this data comes from a website that helps people find jobs online, but it is still startling to think that over 2 out of 5 employees will look at your Facebook and Twitter before hiring you.

Personally, I prefer to make my content private and not have my online presence be a factor in my search for a job. However, according to Brad Schepp the author of “Networking in a Digital Age,” this is the worst thing you can do:

“Job seekers who are silent or invisible online may be at a disadvantage. They need to engage on social networking sites to increase their visibility and searchability with prospective employers,” says Brad Shcepp to Forbes.com.

I consider my presence on Facebook as part of my personal life and would like it to be separate from how employers view me, but in today’s digital age this is no longer the reality. It’s easy to forget that your social media accounts really aren’t private when posts are being shared with hundreds of people. Anything I post on social media could potentially have real consequences for the company that hires me. I can’t count the number of people who have been fired for their conduct on personal social media accounts (most recently radio host Anthony Cumia for his racist tweets)

It is to your advantage to use your presence on social media as a marketable asset. The ability to network online, post content that garners a lot of engagement, and establish a verifiable presence online is a skill that is key for certain jobs. But you shouldn’t have to sacrifice your personal Facebook and Twitter accounts to do so — because we all hate that person who constantly posts statuses promoting work stuff.