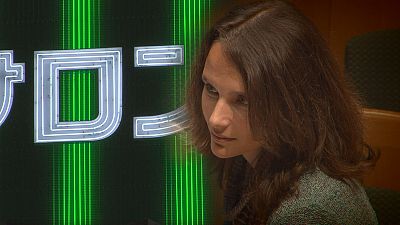 <p>Concerto Number One for Piano and Orchestra by Johannes Brahms is the piece Hélène Grimaud chose to perform on her tour in Japan, a country the internationally acclaimed French pianist particularly cherishes.</p> <p>“Japanese people appear to me as kind of innocent. There’s this touch of childishness in them too. They can marvel in an extremely gentle, respectful way, then there’s their extreme attention to detail. Also, here the atmosphere is so conducive to being generous and altruist. But what I always find totally touching is when they let go, when they let out their emotions then, all their defences drop, and it’s like a torrent of excitement, feelings, smiles and one feels so close to them!” she opined.</p> <p>The madness of Robert Schumann, Brahm’s mentor and close friend, is painfully echoed in the first movement of this Concerto.</p> <p>“This music expresses that tragedy in such a personal and irresistible way. There’s a ‘telluric’ force in it from beginning to end. The second movement is like a prayer, or more. There’s a religious, if not mystical, character in it. And in the finale, there’s such vigour, such pace. It’s as if the earth were cracking and were being born again, coming to life again. It’s extraordinary!</p> <p>‘Sometimes music is so beautiful that it can hurt, no doubt about that. But that’s the magic of music, it makes you more sensitive: all of a sudden you experience life as if each single cell of your body opened up to feeling. That’s also the aim of music,” she explained.</p> <p>Like the Romantics, the search for the absolute and harmony with nature is at the existential core of Hélène Grimaud, a famous pianist, an accomplished writer, but also an ethologist who specialises in the behaviour of wolves. </p> <p>“As an artist, as a human being, nature itself – apart from the wolves, any living creature in general, flora included – is a source of inspiration, nature is the ultimate muse. Each time one has to do with a species where language is superfluous, it’s always the same, there’s a correspondence, a counterpoint to music – where there’s no language, everything else is to be found there. And as the Romantics said it so well there’s no love without ecology and there’s no escape from this, but not only this: respect your neighbour, with a capital ‘N’,” she concluded.</p> <p>In this feature Hélène Grimaud played at Tokyo Opera City Concert Hall with the City of Birmingham Symphony Orchestra under the baton of Andris Nelsons.</p> <p>Hélène Grimaud has recently published a CD with her recordings of Brahms’ Concerto nos. 1 and 2 (Deutsche Grammophon), as well as the book “Retour à Salem” (Albin Michel).</p>