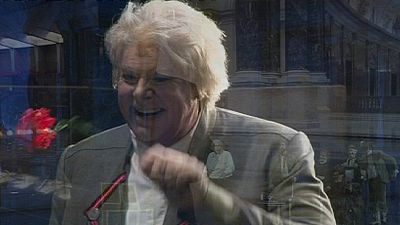 <p>Richard Strauss’s Der Rosenkavalier opened this year’s season at Teatro del Maggio Fiorentino in Florence. </p> <p>It is a romantic story of an adult love affair set in Vienna at the beginning of the 18th century. </p> <p>The main character, a princess in her late 30s, realises she has to let go of her 17-year-old lover, Count Octavian, because he will soon find a younger playmate.</p> <p>Soprano Angela Denoke has been playing this part all through her career.</p> <p>“The interesting part about this role is that you look at it differently during different stages of your life, because your views on life change,” she told euronews.</p> <p>“Now that I am older I reflect more on life and possibly also think about death, that life is finite. Earlier I looked at this from a distance, now I am closer to this issue.</p> <p>“Naturally, in the part, the woman’s situation is clearly defined and she is stuck in it. Me, on the other hand, I have the freedom in my own life to change elements, although I didn’t really want this right now. But I do believe that I grew with this part and this allows me to I dive much deeper into it,” she said.</p> <p>If Angela Denoke is a veteran in the role, it was a first for world-renowned Indian conductor Zubin Mehta.</p> <p>“The first time with Rosenkavalier is not for me like I didn’t know the opera at all and I open the score. I have been listening in some ways spiritually studying the RK since 1964 when I was in Vienna. The waltz is the language of Vienna and none of the other Strauss operas had any waltzes. Here he expresses himself, whether he is talking about a positive character on stage or a negative, they are all accompanied by the most charming waltzes,” he says.</p> <p>Mehta has had a long career, so is it not strange he comes to this work so late?</p> <p>“I had so many first times. First time in Vienna was a culture shock. First time I saw snow. I woke up one morning and everything was white. The biggest shock was hearing the Vienna Philharmonic in the Musikvereinshalle.” </p> <p>Mehta has no problem relating to the ‘Vienna sound’. In any case, music is an integral part of who he is.</p> <p>“I don’t remember the first time I heard music, because it was in my home, my father played music before I woke up in the morning – music was my first language, without a doubt,” he said.</p> <p>But one great musical ambition remains: “I have dreams, I have dreams that in my country, in Kashmir, they will live in the future in complete harmony, they will find a solution finally that both sides will get together and say ‘Look, let us just be friends and live together’. I would love to take an orchestra to Kashmir and have Hindus and Muslims listen to music. I would love it.”</p>