The so-called Islamic State carried out two suicide bombings near the Kabul airport on Wednesday, killing US soldiers and Afghan civilians.

At least 13 US service members were killed and 18 more injured, the Pentagon said, officials warning that the toll could grow.

At least 72 Afghans were killed, according to two officials from the previous Afghan administration quoted on Friday by AFP -- up from Thursday's estimate of 60. Officials said on Thursday that another 140 were wounded.

The attacks followed several warnings that there was a risk of an imminent terror attack.

The IS affiliate in Afghanistan claimed responsibility for the attacks and said it targeted US troops and Afghan allies.

"We will not forgive. We will not forget. We will hunt you down and make you pay," warned US President Joe Biden, speaking from the White House. "I will defend our interests and our people with every measure at my command."

The explosions, confirmed by the US and the German military, occurred around 3:20 pm CEST.

It comes as thousands of Westerners and Afghans scramble to get on flights out of the country before the deadline of August 31, seen as a red line by the Taliban.

Several countries, including Germany, have ended their evacuation efforts due to the security situation on the ground.

The US Pentagon has said they will continue their mission to evacuate US citizens, Afghans who worked with the international forces, and vulnerable Afghans.

"We continue to execute our number one mission which is to get as many American citizens and other evacuees as possible out of Afghanistan," said General Frank McKenzie, who is overseeing the operation at the Kabul airport. 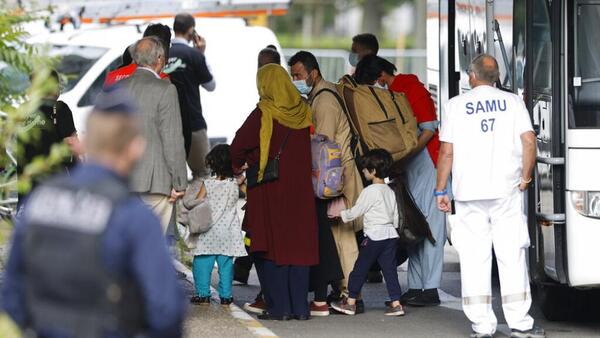 euronewsThe US, the UK and France have pledged to fly more people out on Friday, although operations are being wound down. The Pentagon has warned that more attempted attacks are expected.
07:10

Biden warns ISIS: 'We will hunt you down and make you pay'

Good morning. Euronews is back with more updates on the latest from Afghanistan.
Here's the full report on the US president's comments on Thursday night after the deadly Kabul airport attacks: 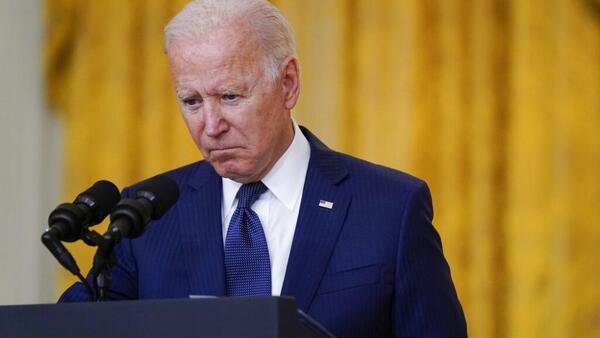 'We will hunt you down', Biden warns ISIS after deadly Kabul attacks

euronewsThe US president said the evacuation mission will continue despite Thursday's airport bombings, while the US military warns more attempted attacks are expected.
00:09

Biden said that it was in the Taliban's interest that the US is able to leave Afghanistan "on time".

"They're acting in their interest," Biden said in defence of letting them stop vehicles and searching people outside the airport.

US to find 'ways of our choosing' to get perpetrators

US President Joe Biden said the US would find "ways of our choosing without large military operations" to find those responsible for the attack.

He said they would pay for the attacks that killed US service members and Afghan civilians.
23:57

US President Joe Biden said the evacuation mission in Kabul would continue despite the "tough day" in which US service members and Afghan civilians died in a two suicide bombings outside the Kabul airport.

Biden said his heart ached for families of the "heroes" who died in the attack.

"To those who carried out this attack... know this, we will not forgive. We will not forget. We will hunt you down and make you pay," Biden said. "I will defend our interests and our people with every measure at my command."

Biden added the mission was "dangerous" and that's why he wanted to "limit the duration". He has said the US would thus stick to the August 31st deadline for evacuations.

"We will not be deterred by terrorists. We will not let them stop our mission. We will continue the evacuation," Biden said.
22:57

The so-called Islamic State group's affiliate in Afghanistan claimed responsibility for the attack outside the Kabul airport and said they had targeted US forces and Afghan allies, the AP reported.

The statement carried a photo of what the militant group said was the bomber who carried out the attack.

US to proceed with Afghanistan evacuations, Pentagon says

The Pentagon said that the US would proceed with evacuations at the Kabul airport despite two suicide bombings resulting in the deaths of Afghan civilians and US service members.

"We continue to execute our number one mission which is to get as many American citizens and other evacuees as possible out of Afghanistan," said General Frank McKenzie, the head of US Central Command who is overseeing the operation at the Kabul airport.

"The plan is designed to operate while under stress and while under attack," General McKenzie said, emphasising that the mission would continue.

He said the so-called Islamic State would likely be planning future attacks.

US general says military will 'go after' perpetrators of Kabul attacks

US General Frank McKenzie said that the US would "go after" the perpetrators of the Kabul attacks if they could find who was responsible. He said the attack was carried about by Islamic State fighters.

"We've been very clear all along that we retain the right to operate against ISIS in Afghanistan," General McKenzie said.

"We're prepared to take action against them. 24/7 we are looking for them."

Amrullah Saleh, who has claimed the office of acting president of Afghanistan since 17 August, has told Euronews he believes "the Taliban is behind today's bombing".

Just before the explosions, Kirby had tweeted that the US was not wrapping up its evacuation mission, and would continue up until the deadline of 31 August.

Abbey Gate is one of three access points to the airport where thousands of Afghans have been flocking for the past 12 days, anxious to leave the country now in the hands of the Taliban.

The French ambassador to Afghanistan, David Martinon, tweeted following the explosion: "To all our Afghan friends: If you are near the airport gates, get away urgently and take cover. A second explosion is possible."

Britain, the United States and Australia had been warning of an attack. They had issued urgent warnings telling their nationals to move away from Kabul airport as quickly as possible due to "terrorist" threats.

British Armed Forces Minister James Heappey told the BBC early Thursday there was ”very, very credible reporting of an imminent attack” at the airport, possibly within “hours.” Belgian Prime Minister Alexander De Croo said his country had received information from the U.S. and other countries about the “threat of suicide attacks on the mass of people”.

The acting US ambassador to Kabul, Ross Wilson, said the security threat at the Kabul airport overnight was “clearly regarded as credible, as imminent, as compelling.”

But in an interview with ABC News, he would not give details and did not say whether the threat remained.

Taliban spokesman Zabihullah Mujahid denied that any attack was imminent in the wake of those warnings.

Some countries have already ended their evacuations and begun to withdraw their soldiers and diplomats from the country, signalling the beginning of the end of one of history's largest airlifts.

The Taliban have pledged not to attack Western forces during the evacuation, but insist the foreign troops must be out by the deadline.