Follow our live blog below for all the latest updates

22:58
That wraps up our live blog for today. Thanks for joining, and see you back here tomorrow for all the latest. Have a good night.
22:35

The French and Dutch governments have announced a bailout deal of at least 9 billion euros to rescue Air France and KLM, whose planes have been largely grounded by the coronavirus outbreak and subsequent lockdowns.
The partner airlines had been in negotiations for weeks with their respective governments, as carriers worldwide are collapsing or seeking government help.
The past several weeks of travel restrictions have upended the entire industry, and Air France and KLM said earlier this month that they expect their joint traffic to be down more than 90% in the coming months.
Air France will get 3 billion euros in direct loans from the French state and a 4-billion-euro bank loan guaranteed by the state, the airline said in a statement.
Dutch Finance Minister Wopke Hoekstra announced the government will provide 2-4 billion euros ($2.16-4.32 billion) to help flag carrier KLM survive. Hoekstra said the money would likely be in the form of guarantees and loans to the carrier.
21:57

A panel of experts has answered Euronews' questions about the coronavirus response around the world. Asked about Trump's "sarcastic" comments about using UV light or detergent to treat the virus, one told us she was "extremely worried about this statement".
"We need to be clear that under no circumstance disinfectant products should be administered into the body, through ingestion or injection or any other route," said Dr Muge Cevik, a clinical lecturer in infectious diseases and medical virology at the University of St Andrews School of Medicine.
"Disinfectant and detergents should only be used as intended, only externally to clean surfaces and hands. These are really toxic substances and can be corrosive when ingested. It can burn the respiratory tract and the digestive tract."
"So I think this kind of rapid and unregulated spread of misleading or false information is very dangerous. This can cause direct harm, almost 300 people have been killed in Iran by ingesting methanol or bleach. And this false information generates confusion and obscures the delivery of key messages and can cause public reluctance to adopt well-founded practices like social distancing and hand hygiene".
Read the full interview with the experts here: https://www.euronews.com/2020/04/24/coronavirus-experts-answer-your-burning-covid-19-questions
20:02

"It's the first day that we can give a number of people who've recovered that's higher than that for newly confirmed cases," said Fernando Simón, director of the Coordination Centre for Health Emergencies.

US President Donald Trump says his comments suggesting people can ingest or inject disinfectant to fight COVID-19 was an attempt at sarcasm.

Trump noted Thursday that researchers were looking at the effects of disinfectants on the virus and wondered aloud if they could be injected into people, saying the virus “does a tremendous number on the lungs, so it would be interesting to check that.”

But speaking to reporters in the Oval Office Friday, Trump insisted his comments were misconstrued. “I was asking the question sarcastically to reporters like you, just to see what would happen,” Trump said.

Trump’s comments on disinfectants at Thursday’s briefing came after William Bryan, who leads the Science and Technology Directorate at the Department of Homeland Security, spoke about how researchers are testing the effect of disinfectants on virus-laden saliva and respiratory fluids on surfaces. (AP)

More on the UK government daily briefing from an hour or so ago, from AP.

UK Transport Secretary Grant Shapps said that any decision to introduce coronavirus scanning at the country's airports would depend on scientific advice.

But he went on to point out that the number of people coming into the UK at the moment had been drastically reduced by the pandemic, and that most of the people who had arrived had been Britons returning home after being caught up in the virus crisis abroad.

Shapps rejected suggestions to close the airports all together, pointing out that countries that had done so, like the US, "have not necessarily weathered the storm of the coronavirus any better".

An entrepreneur from Lithuania is developing an app to connect volunteers with elderly people in need during coronavirus lockdown.

High tech solutions like this often require more minds to succeed. That is why Andrius Milinavičius will take part in the EU versus the virus hackathon, which takes place from 24-26 April.

More from our Brussels team: 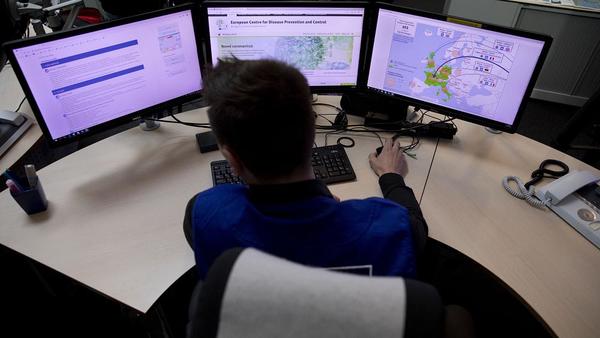 Hot off the press... our weekly European round-up from Brussels.

Violence in Paris suburbs, the EU debate over solidarity between countries over COVID-19, vaccine research, a defiant response from Hungary to criticism over the rule of law, and... some rooftop tennis. 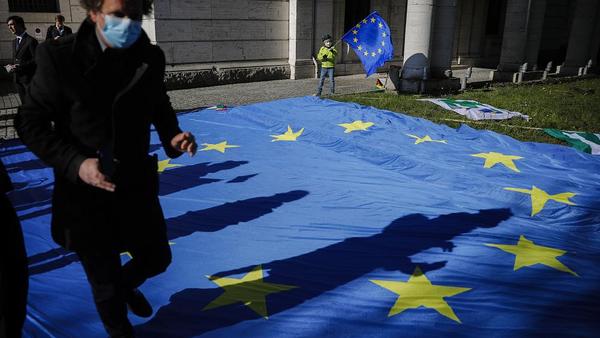 Euronews' Brussels bureau looks back at key developments across the continent this week.
18:47

Grant Shapps was asked about progress in the post-Brexit talks on future UK-EU ties, on the day the EU's chief negotiator Michel Barnier lambasted the British government for dragging its feet.

The transport minister told the daily briefing the UK's position was that it would not extend the transition period which expires at the end of the year. The country had voted to leave the EU, and last December's general election result showed people voted for no more delays, and "that remains the case".

A decision on extending the transition must be made by the end of June, under the terms of the divorce treaty. Many critics have called for talks to be prolonged given the enormity of the coronavirus pandemic -- saying that no accord on new trade and other arrangements would be calamitous.

Shapps was asked about the road haulage sector, among the latest to express concerns. The minister said he recognised it was in the front line, and was in close contact.

In case you'd forgotten all about Brexit and need a reminder, here again is our friendly up-to-date guide: 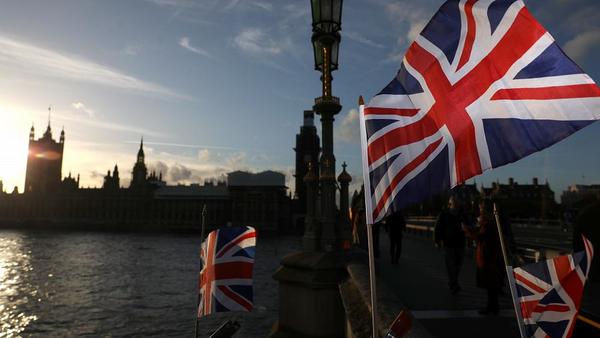 Post-Brexit Guide: Where are we now? *latest updates*

The UK's exit from the EU came more than three and a half years after the 2016 Brexit referendum. But major challenges lie ahead in determining the future relationship.
18:31

Lots of concern in Sweden over its relaxed approach to lockdowns -- on the day the number of cases and deaths have risen again. Latest figures show 2,152 people have died as of today, and the number of confirmed cases is up by more than 800 to 17,567.

Here's our piece weighing up the lockdown pros and cons from a couple of days ago: 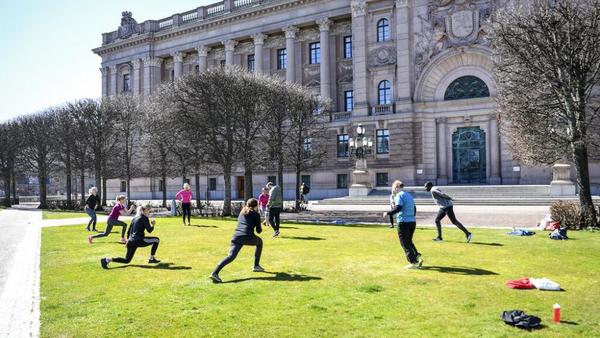 Stockholm has stuck to its guns on the country's divisive coronavirus strategy despite the rest of Europe choosing to lock down.