The Olympic Athletes from Russia (OAR) beat Germany 4-3 in the men’s ice hockey final on Sunday.

The team, who were competing as neutral athletes at Pyeongchang as punishment for a years-long Russian doping scandal, defied a ban by singing their national anthem during the medal ceremony.

Sweden beat South Korea 8-3 in the women’s curling final, ending a fairytale Olympic run for the home team, known as the “Garlic Girls”.

Germany races to victory in bobsledding

Francesco Friedrich drove his four-man bobsledding team to victory on Sunday, finishing their four runs in three minutes, 15.85 seconds to win by more than a half-second.

The most decorated Winter Olympian of all time finished almost two minutes ahead of Finland's Krista Pärmäkoski.

“I‘m really happy and it’s hard to understand what I have done from my first Olympics in Salt Lake until now,” the 37-year-old told reporters. 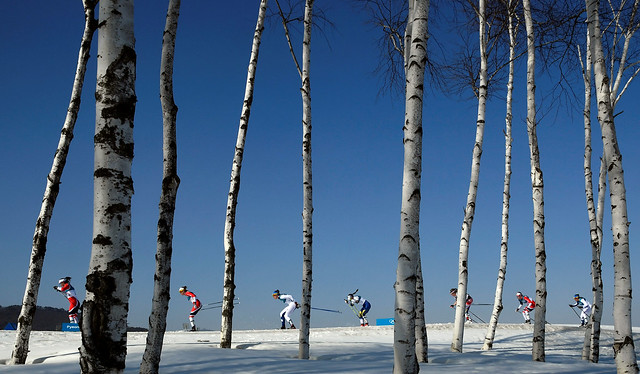