Be it racially motivated, a school attack or even the result of road rage, it seems not a day goes by without a fresh report of fatal gun crime coming out of the US.

As incidents with scores of casualties make the news, one topic remains barely talked about in public: the nation’s gun laws.

This might seem strange to Europeans, but America is a historically and culturally different environment when it comes to the use of firearms by private individuals.

Politically, the issue of gun ownership has become poisoned over the years. Today, it is quite impossible to pass stricter gun control legislation, as the gun lobby has a firm grip on national and state lawmakers and fends off even the most minimal changes to the status quo – despite the fact that public opinion is highly favourable of, say, stricter background checks for prospective gun buyers.

Here are the stats: Per population, we kill each other with guns at a rate 297x more than Japan, 49x more than France, 33x more than Israel.

When President Barack Obama addressed the nation after the Charleston shooting, his own frustration with the status quo became quickly palpable.

“At some point, we as a country will have to reckon with the fact that this type of mass violence does not happen in other advanced countries. It doesn’t happen in other places with this kind of frequency”, he said, speaking in the press briefing room at the White House.

Obama, who tried unsuccessfully to pass new gun control measures in the wake of the mass shooting of schoolchildren and teachers at Sandy Hook Elementary School in December 2012, acknowledged that it would be difficult to pass anything given the current opposition to such proposals.

Among the 2016 presidential candidates, only Hillary Clinton delivered an emotional call to action after the Charleston church shooting, vowing to fight for “common-sense” gun reforms.

“How it could be possible that we, as a nation, still allow guns to fall into the hands of people whose hearts are filled with hate”, she said, speaking at the US Conference of Mayors in San Francisco.

Acknowledging that gun ownership is part of the fabric of many law-abiding communities in the country, Clinton said firmly that the nation “can have common-sense gun reforms that keep weapons out of the hands of criminals and the violently unstable, while respecting responsible gun owners.”

“It makes no sense that we couldn’t come together to keep guns out of the hands of domestic abusers, or people suffering from mental illnesses, even people on the terrorist watch list,” Clinton said.

So why is it so difficult for America to come to terms with gun violence? Here are five major facts you need to know to understand the issue:

What is the legal basis for gun ownership?

It is the Second Amendment to the US Constitution, adopted in 1791, as part of the first ten amendments contained in the Bill of Rights. It says: “A well regulated Militia, being necessary to the security of a free State, the right of the people to keep and bear Arms, shall not be infringed.”

Whether or not the 18th-century political environment (when people in remote settlements defended themselves against Indians, British soldiers or marauding bandits) can serve as a practical model for regulating the modern use and understanding of guns in the hands of citizens has long been debated in the US.

After all, gun regulation is as American as Wyatt Earp, the legendary frontier lawman who enforced Dodge City’s ban on gun-carrying within town limits. But it was just in 2008 in ‘District of Columbia v. Heller’ that the Supreme Court decided for the first time that the Second Amendment protects an individual right to possess and carry firearms.

Thus, the judges reversed earlier interpretations of the Constitution. In United States v. Cruikshank (1876), the Supreme Court ruled that “The right to bear arms is not granted by the Constitution; neither is it in any manner dependent upon that instrument for its existence” and limited the applicability of the Second Amendment to the federal government.

In United States v. Miller (1939), the Supreme Court ruled that the federal government and the states could limit any weapon types not having a “reasonable relationship to the preservation or efficiency of a well-regulated militia”. 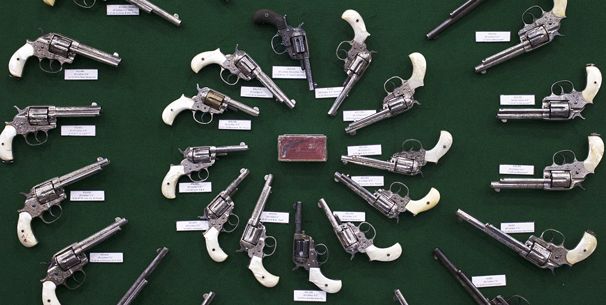 So, can citizens carry their weapons openly like in a Western movie?

Yes and no, the laws vary from state to state… The Supreme Court has not ruled on whether or not the Second Amendment protects the right to carry guns in public for self-defence. Federal appeals courts have issued conflicting rulings on this point.

For example, the US Seventh Circuit Court of Appeals in Chicago ruled in 2012 that it does, saying, “The Supreme Court has decided that the amendment confers a right to bear arms for self-defence, which is as important outside the home as inside.”

But the Tenth Circuit Court of Appeals in Denver ruled in 2013 that it does not, saying, “In light of our nation’s extensive practice of restricting citizen’s freedom to carry firearms in a concealed manner, we hold that this activity does not fall within the scope of the Second Amendment’s protections.”

The practice of open carry, where gun owners openly carry firearms while they go about their daily business, has seen an increase in the US in recent years. This has been marked by a number of organized events intended to increase the visibility of open carry and public awareness about the practice.

How many firearms are in circulation in the US?

What looks like a simple question is complicated to answer. There is no universal gun registry in the US, and thus not a simple way to pin down the exact number of firearms.

There are estimates, however. According to the Geneva-based Small Arms Survey – the leading source of international public information about firearms – the US has the best-armed civilian population in the world, with an estimated 270 million total guns.

There are certain types of firearms, though, that do require registration in the United States: those subject to the National Firearms Act, including machine guns, shotguns and rifles with barrels shorter than 18 inches, and silencers.

According to the Bureau of Alcohol, Tobacco, Firearms and Explosives (ATF), which handles that registration, there are more than three million National Firearms Act-registered weapons in the US. But there may be more, owned illegally… 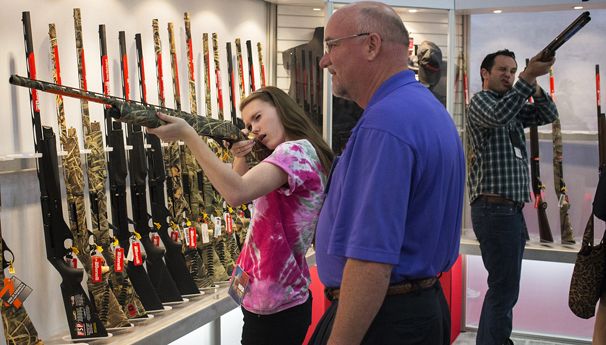 Does every American own a gun?

No, not at all. A vast majority of Americans do not own guns. According to the 2014 General Social Survey (GSS), conducted every two years since 1972, gun ownership is now back at the low point it reached in 2010. Only 32 percent of Americans own a firearm or live with someone who does, compared with about half the population in the late 1970s and early 1980s.

Though the number of firearm purchases has most likely gone up, according to data from the FBI’s National Instant Criminal Background Check system, those firearms are owned by fewer individuals. In other words, the average gun owner probably owns more guns.

Why is precise information about guns so hard to obtain?

In 1996, the National Rifle Association (NRA) lobbied Congressman Jay Dickey, a Republican from Arkansas) to include budget provisions that prohibited the Centers for Disease Control (CDC) from advocating or promoting gun control and that deleted 2.6 million dollars from the CDC budget, the exact amount the CDC had spent on firearms research the previous year.

The ban was later extended to all research funded by the Department of Health and Human Services (DHHS). According to scientists in the field, this made gun research more difficult, reduced the number of studies and discouraged researchers from even talking about gun violence at medical and scientific conferences.

In 2013, after the December 2012 Sandy Hook Elementary School shooting, President Obama ordered the CDC to resume funding research on gun violence and prevention, and put ten million dollars in the 2014 and 2015 budget request for it. Both times the Republican-controlled House of Representatives said no.