Felix Baumgartner is the world’s most famous skydiver, a daring athlete and explorer of the extreme who jumped to Earth from the edge of space in 2012. He became the first person to break the sound barrier in freefall, reaching a speed of 1,357 km/h. He looks back on his strongest memories from that jump from an altitude of 39 km, and discusses his life and inspirations in this interview with Euronews Explorers. It’s two years since you dropped to Earth from the edge of space. How do you want that achievement to be remembered?
I’m proud to have been the first person to break the speed of sound in freefall, and we’re all so glad that Red Bull Stratos provided some really valuable data for aerospace researchers. But I also hope the mission will be remembered as one of those unique moments that brings the world together. To this day people tell me how they were following it with their children or their friends, and in lots of cases how it’s inspired them to pursue something that’s important to them. What better legacy could we ask for? 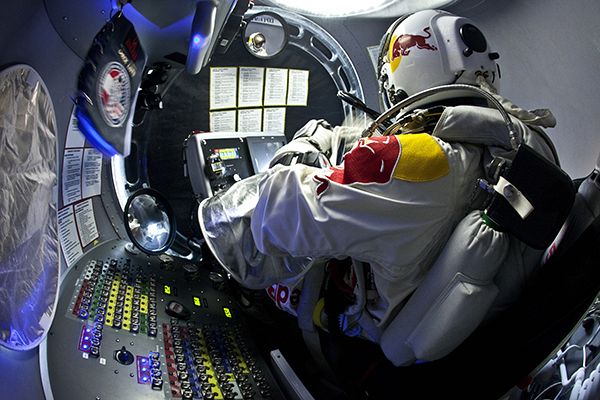 Are there moments of Red Bull Stratos adventure that come back in your mind – moments that you re-live in your mind’s eye?
More than I can tell you. The moment when the balloon finally took off and I knew I was underway. The view from 39 kilometers above Earth. But what I’ll also never forget is what it was like when I got back to the ground. Of course it was a rush of cameras and people and emotions, but out of all that, the memory of certain faces stands out, perfectly clear. The smiles of guys like Joe Kittinger and Mike Todd, team members who had become like family, mentoring me and watching out for me through all those years of preparation. And the look on my mom’s face – I can’t even describe it, but it’ll stay with me for the rest of my life. 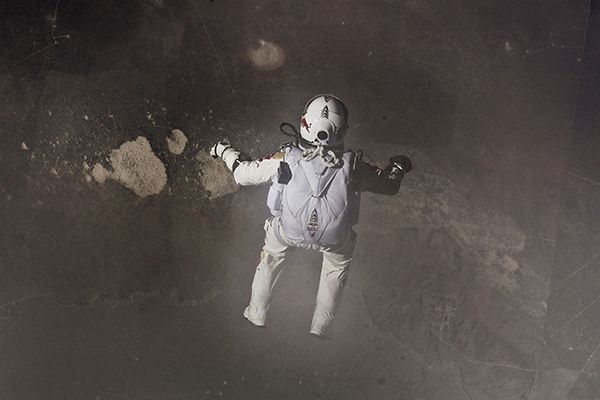 Can you describe what it felt like to jump from the balloon?
Outside the capsule on that little step, I could see Earth curving below me, and above me the sky was completely black. It was fascinating. But this was a flight test program in a dangerous environment, and I had only about 10 minutes of oxygen on my back, so I couldn’t afford to lose my focus. As for how it felt once I stepped off, the air pressure at that altitude is so low that it’s nearly a vacuum. There’s no air resistance to work against when you’re trying to stabilize yourself. That’s a very strange feeling for a skydiver! I was aware that I was accelerating fast, but I didn’t know how fast. As it turned out, I went from 0 to supersonic in just 34 seconds, and reached my top speed of over 1,357 km per hour just 50 seconds after I jumped.

What are the main lessons that you learnt from that jump on a personal level?
Well, coming from the world of BASE jumping, where you have the freedom to do what you do independently, or maybe with the very smallest of crews, one main thing I learned was how to work with and guide a large team. Particularly, in this case, a team of people who are the best in the world at what they do. The stratosphere is a very hostile place, and I couldn’t have survived without their expertise, but naturally it was a process for us to learn to work together. By the end there was such a bond between us.
Another lesson was the realization that it really is OK to ask for help. As you’ve probably heard, I went through a period in my training where I dreaded putting on the pressure suit. While it was absolutely essential to keep me alive, the suit restricts vision and movement, two things I rely on as a skydiver. It got to the point of a claustrophobic feeling every time I had to put the suit on. I really wasn’t sure what to do about it, and for a while I kept those feelings to myself. What I needed to do was change my mindset, and once the team was aware of what was going on, our high performance director and another sports psychologist taught me some techniques that helped me break the negative pattern of thinking. 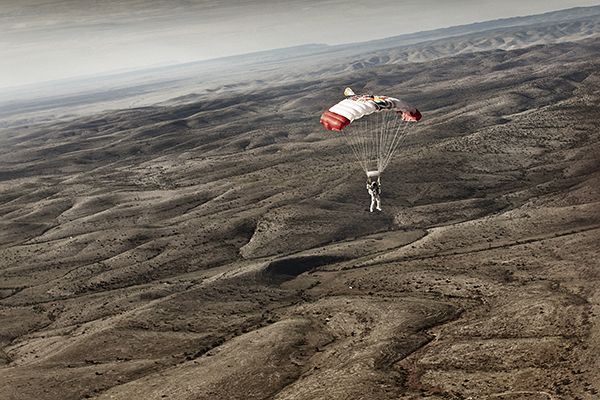 Were there interesting scientific or technical results from that jump from the edge of space?
Yes, quite a lot. Ever since the jump, our science and medical experts have been sharing the findings in papers and at conferences, and now experts have been taking that data and using it to conduct their own research. Just to touch on one topline example: The mission proved that a human can safely accelerate through the sound barrier and reach supersonic speed without the protection or propulsion of a vehicle. Previously, scientists didn’t know for sure, and there were skeptics out there. Not only did we prove it’s possible, but we provided the first physiologic data ever recorded from a human falling faster than the speed of sound. The team was able to gather 100 million physiologic data points from the monitor I wore during the jump. It’s valuable information for aerospace researchers, especially as they look into whether it might someday be possible to escape during emergencies at very high altitudes.

Would you encourage someone else to go higher, or further?
I don’t need to encourage them: people will go higher and farther, in all aspects of endeavor. It’s part of what makes us human. But I would encourage anyone who takes on a major project to do it thoughtfully, carefully. Learn from what’s been done in the past and build on it. The reason I’m still here today is because I don’t just throw myself into things. I’ve been meticulous about planning and preparing for each one of my projects. 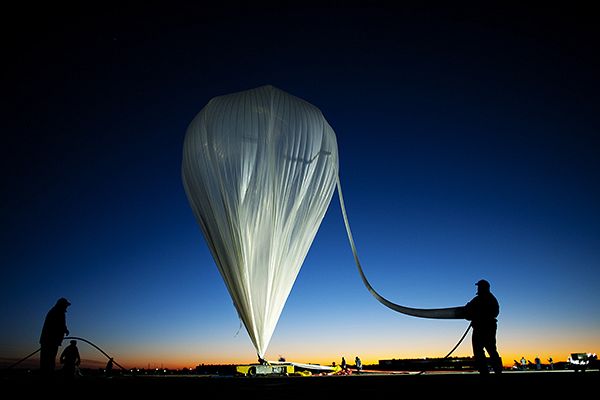 What’s daily life like for your now? What keeps you busy on the average day?
You know, I don’t really have many average days, which is one of the things I like about my life. I’ve never been the type of person who feels best with a day-to-day routine. An office job would not be my thing. Since my Red Bull Stratos jump, I’ve been traveling quite lot, and it’s been great to have the chance to meet so many fans of the mission. They were such a huge support. I’ve also had more time to fly helicopters, one of my favorite things. When I do have down time, I often spend it outside: boating, cycling, skateboarding, and just enjoying the outdoors.

You just competed in a 24 hour car race – what was that like, and how does it compare to the world of extreme sports and skydiving?
You know, there are a lot of similarities. Most obvious, of course, is that both sports involve going very fast, and I love speed. But there’s a lot more to it.
Both sports have a steep learning curve. To be safe, let alone perform at the top level, you have to prepare, prepare, prepare. When I started BASE jumping many years ago, for example, I went to the best teacher I could find and absorbed everything he taught me. And then after two decades of more and more difficult BASE and skydive jumps, when I felt ready to attempt a leap from the edge of space, I had cutting-edge equipment and that incredible Red Bull Stratos team of experts, who designed a stage-by-stage test and training program.
Although in comparison I had a short amount of time to ramp up for the 24-hour race on the Nürburgring, I also had the support of outstanding experts, on the Audi race experience team, who created a multi-phase training program and taught me how to get top performance from the Audi R8 LMS Ultra. I think there’s still more I can learn, but I’m very happy with how the race turned out.

Can you tell us about your early years and your first interest in skydiving?
Ever since I was a little boy, I’ve loved to see the world from above. If my mom was looking for me, she knew it was a good idea to look up! She’d find me high in a tree or anywhere else I could climb. So from a very early age I had dreams of being a skydiver, and a helicopter pilot as well. The moment I was old enough – the legal age for skydiving is 16 in Austria – I made my first jump.

People often ask why – why do explorers of the extreme like you take themselves to the limit?
For me, I’ve always been the kind of person who wanted to be the first to see something or experience something that no one else has seen or experienced. That kind of impulse is either in you or it’s not. But I think that in general, curiosity and interest in exploration are certainly part of human nature.